Why do physiotherapists always get you to exercise!? 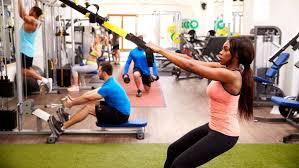 As we all know, there is reasonably strong evidence that physical inactivity is associated with an increased risk of mortality and disease. This includes conditions such as heart attacks, stroke, obesity and diabetes. These non-communicable diseases attribute to a huge health care burden in Australia (The Costs of Illness Attributable to Physical Inactivity in Australia – A Preliminary Study 2000). Many physiotherapists (and patients) feel that we are not responsible nor have a duty of care in treating these illnesses. Well, we do.

Australia’s health care system is very complex, and it is funded by the government, not-for-profit organizations, private health insurance, and ourselves – when the out of pay pocket costs aren’t fully covered by the other options. In 2016 and 2017, as a country, we spent nearly $181 billion on health (Health expenditure Australia 2016-17). This is largely due to the augmented rates of chronic diseases such as those already mentioned. At the moment, the only way we have of addressing this is a GP-led enhanced primary care plan, aimed at a multidisciplinary approach for best treatment of our patients. Based on Australia’s current budget – this only allows our patients 5 discounted physiotherapy sessions per year! Physiotherapy (including exercise) should be one of the first interventions prescribed to provide the best available health care. This is because we know that up to 38% of sedentary people spend more time in hospital and use more hospital resources than active people (Sari, 2009). It is our role as physiotherapists to encourage those who live a life of inactivity to exercise!

For example, based on 2011 data, it was predicted that 6% of disease burden could be avoided if the current INCREASES in overweight and obesity in the population were halted. Exercise alone cannot address our nation’s obesity issue however it’s a start. If we don’t get this sorted, Australia’s health system is going to be placed under more pressure, and will it be able to upkeep the already minimal 5 physiotherapy sessions permitted per year if Australia’s economic burden of obesity is set to rise from $12 billion to 22 billion by 2025? And this is only one form of the many chronic conditions placing stress on our health care system! (A picture of overweight and obesity in Australia 2017).

We need a health care system that is aimed at prevention not cure – one that is proactive in combating these issues before they arise. Instead, we wait until our patients need hip replacements or flood into the emergency department with a heart attack. It’s our role as physiotherapists to not only treat these conditions but prevent them, and we can do this by doing what we do best – promoting exercise!

How many of you know the global recommendations on physical activity and health? If you didn’t, it’s A MINIMUM 150 minutes of moderate-intensity aerobic physical activity or 75 minutes of vigorous-intensity per week. This should be performed in bouts of at least ten minutes. It also should be combined with muscle strengthening activities twice a week. And this is recommended for healthy adults. How many of you don’t know how to exercise with your multiple co-morbidities?! Guess who is there to help you? Physiotherapists!

If you’re struggling with one or more co-morbidities, illness, injuries, or just want to begin an exercise program but don’t know where to start, please contact one of our physiotherapists today!

Give the clinic a call today on 93674966 to have a chat with Dayna or another one of our physiotherapists about how prevention is much more important than cure!!

We are here to help! Booking Online is the most convenient way to lock in the clinician & time you want.